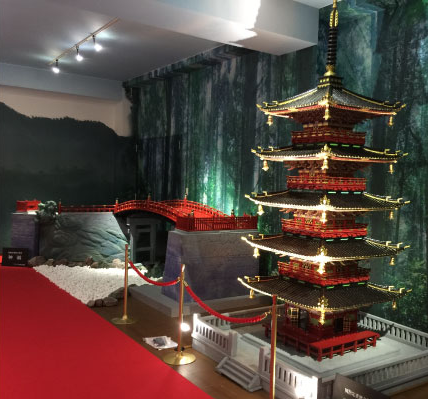 1:10 scale model of the Replica of Nikko Toshogu Shrine,a UNESCO World Heritage Site.
The shrine was originally built in 1617 to honor the virtues of Ieyasu Tokugawa, who laid the foundations for over 260 years of peace in Japan.

In 2016, the work is being specially exhibited to commemorate the 400th anniversary of the dedication of Nikko Toshogu Shrine.

Having been abandoned during the Meiji Restoration, Nikko Toshogu Shrine was restored after an appeal from the public, enabling it to shine once again as a traditional cultural property of Japan.

“Against the backdrop of the early twentieth century, Nikko Toshogu Shrine was cherished as a symbol of the cultural tradition of modern Japan, and a 300 year anniversary procession was held in 1915. Particular praise was heaped on the replicas of Nikko Toshogu Shrine crafted by Kijuro Hasegawa X (the tenth) (1877-1935), a Buddhist sculptor from Namerikawa known as “the Hidari Jingoro of the Taisho era” and “the Hidari Jingoro of Ecchu.”
”

Impressed by his knowledge and masterful craftsmanship, the Home Ministry at that time asked Kijuro Hasegawa X (the tenth) to make a replica of Nikko Toshogu Shrine as an exhibit for San Franscisco’s world fair (Panama-Pacific International Exposition) held from February 20 to December 4, 1915.

Hailing from a line of Buddhist sculptors extending over the generations, Kijuro Hasegawa X crafted many Buddhist icons, Shinto icons, and palanquins, but it was his exquisite replicas of Nikko Toshogu Shrine that earned him widespread fame. He made four such replicas during his lifetime, and these comprise unfinished parts and parts that were damaged in the Great Kanto Earthquake.

Location of the items on display
This piece is displayed in the special exhibition room on the 1st Floor. 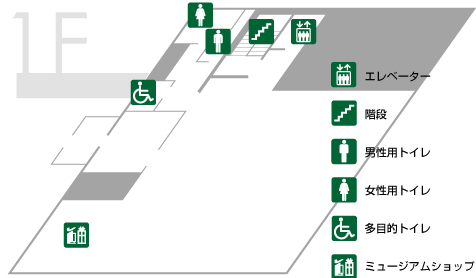 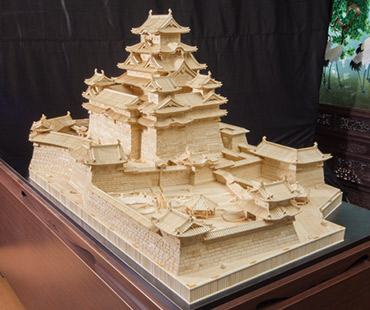 Museum Shop
The museum shop is located on the 1st floor.
Please enjoy shopping after looking around the museum. 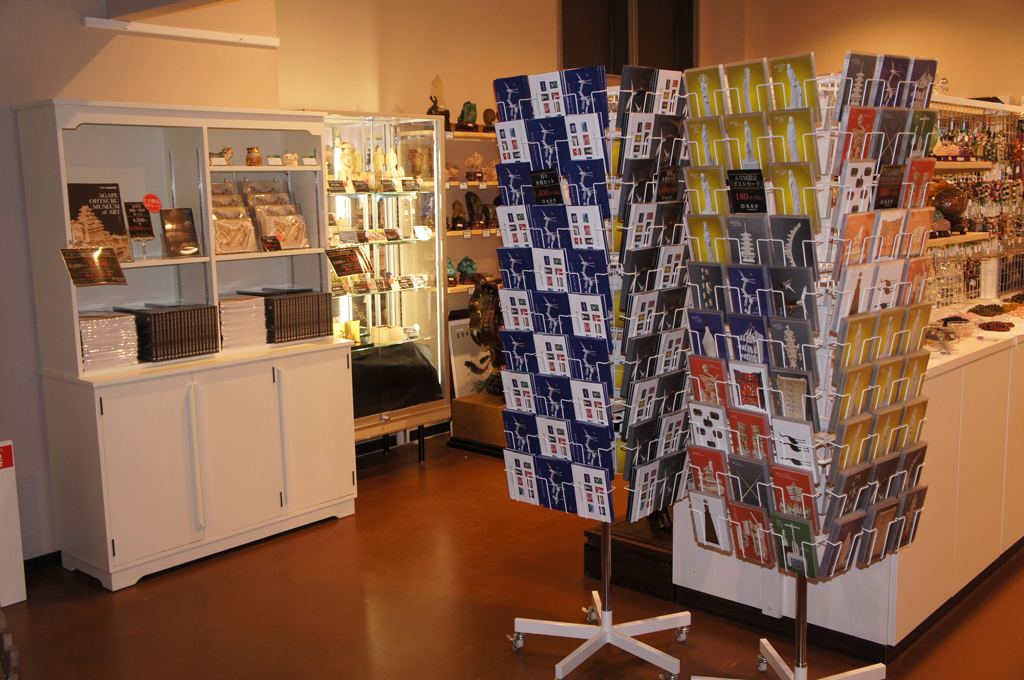