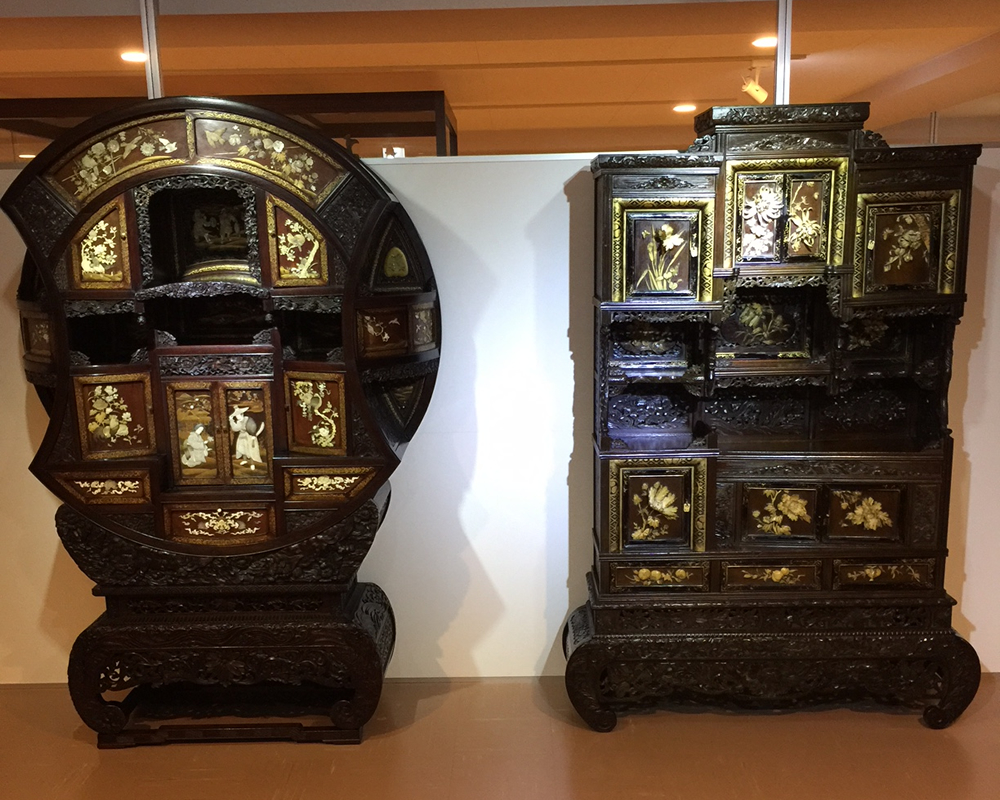 “Shibayama Craftsmanship, a combination of rarity and artistry”

Introduced in the late Edo era by Onogi Senzo (later known as Shibayama Senzo) of Shimousa (present day Chiba prefecture), Shibayama. Shibayama craftsmanship is a drawing of patterns such as flowers, birds, and people on lacquer ware and ivory by utilizing pearl oysters, abalone, coral, ivory, tortoiseshells, etc. and is known for the patterns that rise above the surface of the finish.

From then on, large furniture such as wooden partitions and cabinets were also created and exported to Western countries, broadening the “Shibayama” brand in the West.

The round-shaped cabinet is extremely rare and from these works, the reasons of why Shibayama craftsmanship developed and grew in such a fast pace in the late Edo and early Meiji era can be understood. The piece is considered to be extremely rare in all traditional works of art.