Arima Onsen, located in Arima city Kita-ku Kobe, Hyogo prefecture, is said to be the oldest hot springs visited by 180,000 visitors yearly and it is written in the oldest chronicles of Japan (Nihon-shoki) that the 34th Emperor Jomei (593~641AC) has also enjoyed bathing here.
In the “Hot springs ranking” of the Edo era, it has been highly acclaimed as “Kusatsu of the East” and “Arima of the West” and has been told to have the power to heal from the olden days.
Let’s look at the roots of why Arima Onsen is loved by many from the past to present. 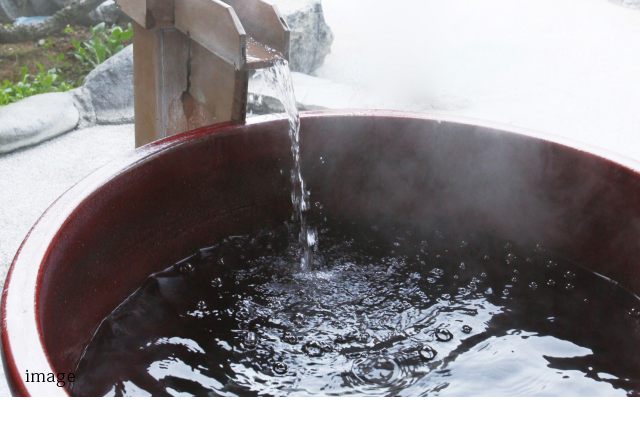 Secrets of the Components of the Hot Spring

Arima Onsen is known for its red, hot water.
Why is it red? It seems the reason behind that is in the secrets of its components. 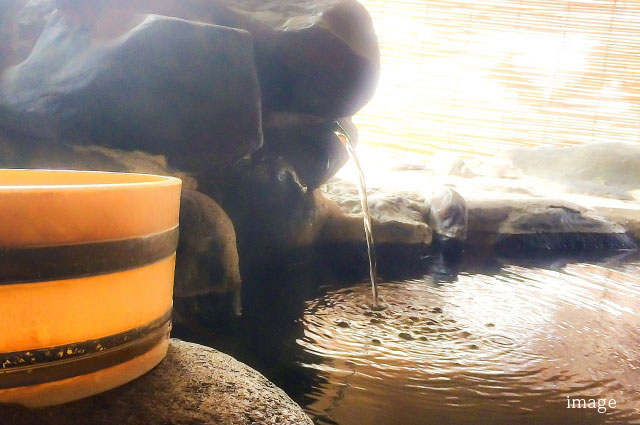 Secrets of the Components of the Hot Spring①Iron

As the water of Arima Onsen includes lots of iron, the water color turns red after the iron becomes exposed to air and oxidates.

「Becomes of the high iron content, the towel becomes reddish-brown after long exposure」

（Quoted from Wikipedia）
Iron content so high that the towel turns reddish-brown!
Iron includes moisture benefits and allows for warming up the body from the very core.

Secrets of the Components of the Hot Spring②Salinity

It is said that the salinity of ocean water is 3%, but the salinity of Arima Onsen is even higher than that and is said to be the most concentrated salinity in all of Japan.
Salinity not only moisturizes the skin by creating a film, but also sterilizes, and has benefits for those with skin conditions. 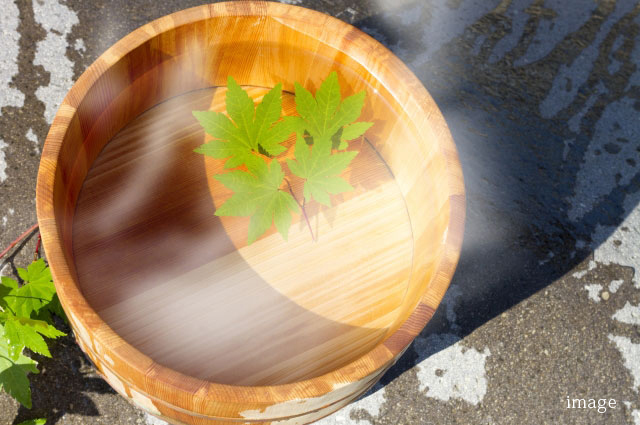 Secrets of the Components of the Hot Spring③Carbon Dioxide Gas

The famous souvenir of Arima Onsen is the「Carbonated Senbei (Cracker)」!!
The reason behind the carbonated senbei is…the high level of carbon dioxide gas in the waters of Arima Onsen!

Carbon dioxide gas has many benefits.

「Carbon dioxide gas has been used for medical purposes in Europe from the ancient times. The benefit most used for is to treat patients with circulatory system-related diseases such as heart disease and arteriosclerosis by helping widen veins and improve blood circulation. Furthermore, as this helps to lower blood pressure, this was used for rehabilitation of arteriosclerosis and heart disease. In recent days,「carbon dioxide gas benefits」have become widespread and is used for many different treatments. As carbon dioxide gas melts in fat, the components are soaked in the blood capillaries and arterioles close to the skin and improves blood circulation even if the sebaceous glands are covered in fat. The following benefits can be seen by improved blood flow.
・Lower blood pressure
・Less burden on the heart
・Active metabolism
・Higher energy metabolism
・Diuretic effects, etc.
As stated above, drinking carbonated water or bathing in carbonated water has benefits for the human body.」

By looking at the components of the hot spring of Arima Onsen, we can see why this place has been told to「have the power to heal」from many years back.

Mysteries of the Earth! Wonders of Arima Onsen

「The fountain source of Arima Onsen is 98℃ and the temperature of 60km below the earth’s surface, close to the top of the mantle is 600℃」

「As water does not exist 60km below earth’s surface, the whereabouts on the source of Arima Onsen’s water was a long-time mystery.」 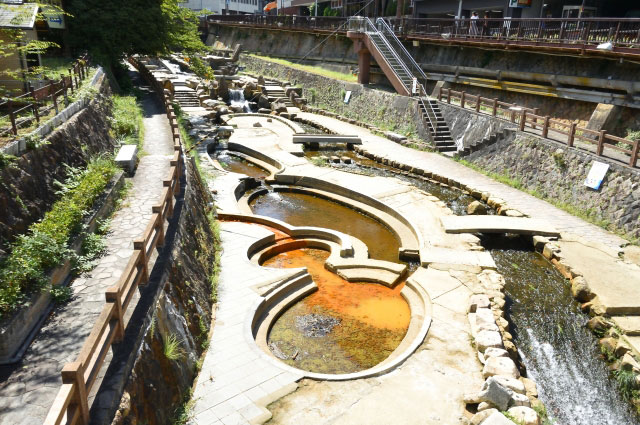 The mystery was finally solved in 2013!!

「It has been discovered from the research of the volcanic eruption in the Philippines that serpentine which jumped out from deep underground included ocean water, which lead to the breakthrough of the mystery of the Arima Onsen waters. Ocean water sucked in when the Philippines ocean plate sunk into the Eurasia plate became water vapor after getting heated by the mantle, which came up to the earth’s surface as the hot springs of Arima Onsen over 6 million years later. In other words, this hot spring is from 6 million years ago.」 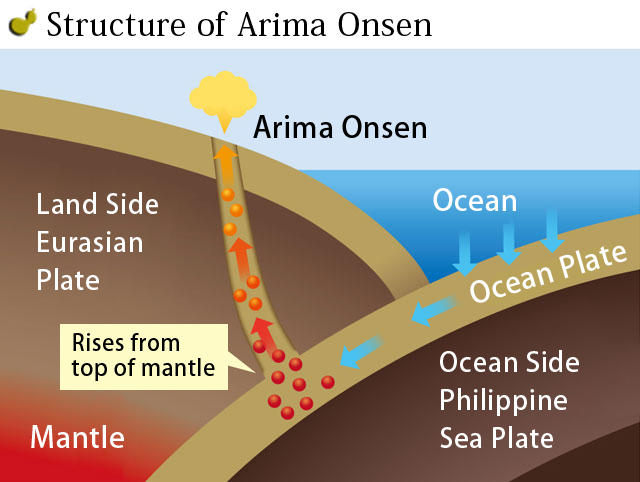 The waters of Arima Onsen was from 6 million years ago!!
The reason behind Arima Onsen’s popularity as「hot spring of healing」is not only for its「wonderful hot spring components」but also for its opportunity to be able to encounter「mysteries of the world」.

Arima Onsen has been loved by many celebrities and famous figures, but one of the most famous out of them all is「Hideyoshi Toyotomi」. 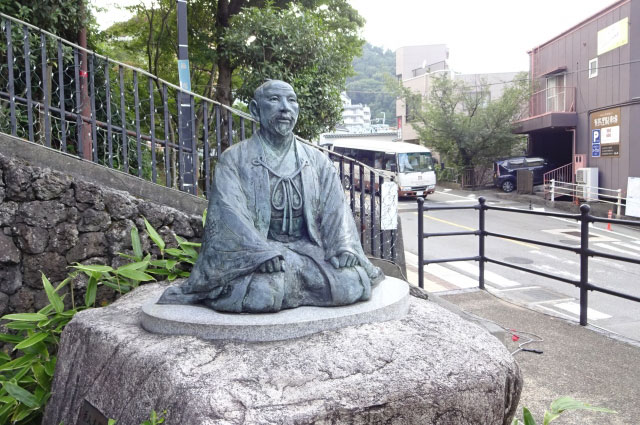 「Hideyoshi Toyotomi has visited Arima Onsen at important life milestones such as battles, appointment, passing of family members, etc. for a total of 9 times. He has also refurbished the hot springs and its nearby areas and geographical names of Taiko○○ still exists to this day.」

When we think of hot springs, we all want to take a good long soak. However, the hot spring style back in those ages was a「standing bath-style」and it is told that it was Hideyoshi himself who first introduced the「sitting bath-style」. 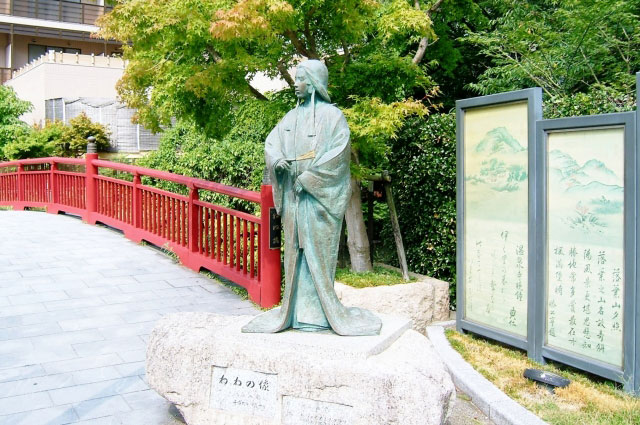 Speaking of Arima Onsen and Hideyoshi Toyotomi, there is also a story as below.

「One of Hideyoshi’s vestige that should be specially mentioned is the large scale spring source restoration which begain in 1597. The buildings of Arima suffered major damages from the Great Keicho Fushimi Earthquake which affected all of the Kinki area, but an even larger problem was that the waters of the hot spring became extremely hot after the earthquake. Hideyoshi, who knew very well about Arima Onsen’s therapeutic benefits, took on repair work from the very source. The newly restore hot spring was scheduled to reopen in May of 1598, but that was postponed due to heavy wind and rain. However, Hideyoshi became bedridden soon after and passed away on August 18 before being able to see the renewal opening. Nevertheless, it has been told that Hideyoshi’s restoration of the hot springs contributed to Arima’s prosperity and he is endeared as the benefactor of Arima Onsen to this day.」

We have looked into the popularity and secrets of Arima Onsen. We hope you found it interesting.
We were able to take a glimpse at why many find Arima Onsen so intriguing.
At Arima Onsen, there is a bridge called「Tsuesute Bridge」.
The bridge was named after a story that visitors with canes leave without their canes after bathing in the hot spring of Arima Onsen. 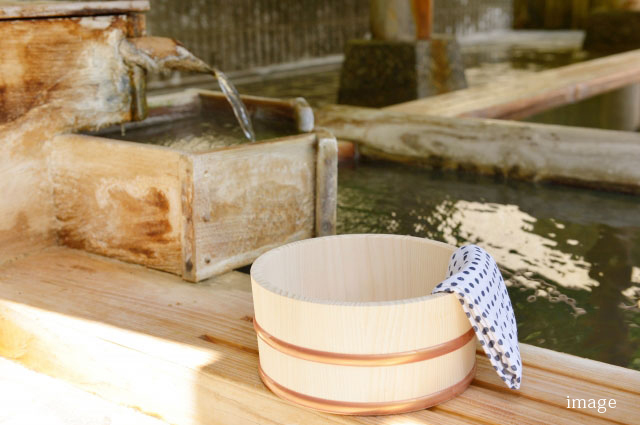 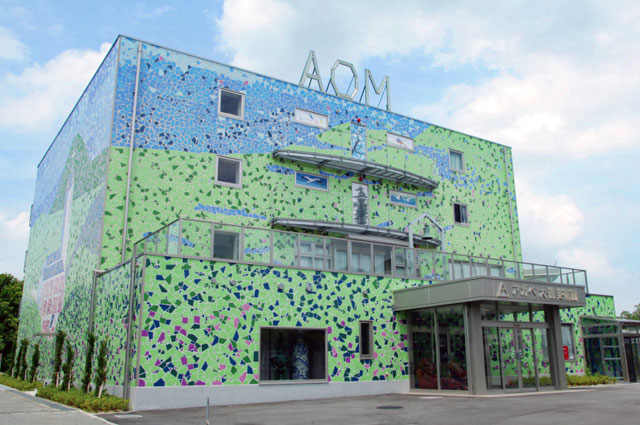